Rook was the third pattern I wrote for my book, Graphic Knits. I chose the lovely Blue Sky Alpacas "Alpaca Silk" yarn for this design because it comes in such a fantastic palette of colors. As soon as the yarn arrived, I could hardly wait to get started on this design. 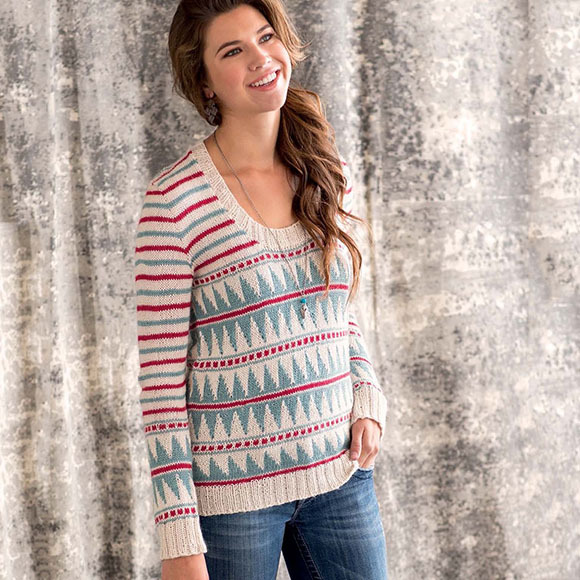 Rook is one of my very favorite patterns in the book, but it probably gave me the most trouble design-wise. It was a little bit of a nightmare, actually. I started work on this pattern as Hurricane Sandy approached New York City in October 2012, and didn't finish until four months later at the end of February 2013. To put that in perspective, I was trying to design, and knit about 1½ to 2 new things every single month to make the seemingly impossible August 2013 deadline I had for my book. 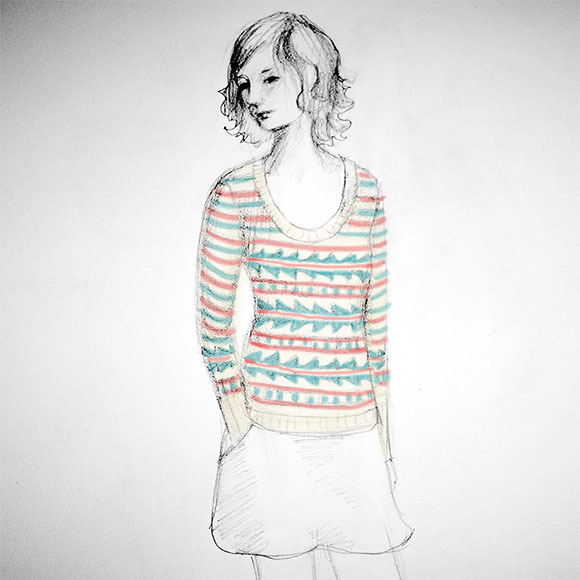 I had a grand vision for Rook. I would invent a new shoulder construction just for this design–my very own method for a top-down seamless sweater with a simultaneous set-in sleeve cap. It's a lot of fun to knit, but boy it was a doozy to figure out! 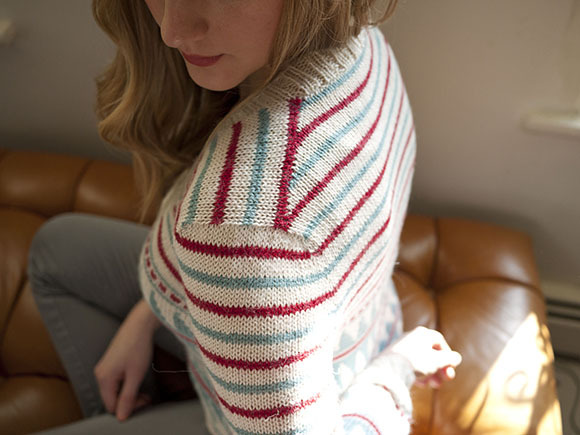 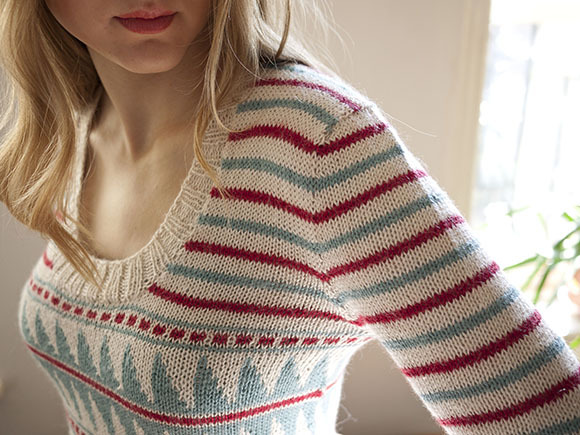 Of course, I rarely get anything right on my first try, and this new shoulder construction was no exception. I knitted the whole body of the sweater, and half a sleeve before I realized that my original design had some serious problems. The armsyce was just too long and the top of the cap was strangely boxy. The long armsyce introduced a whole heap of other issues that I won't even bore you with.

It was clear I had to start over. I knew the concept had great potential but my time limitations were forcing me to consider scrapping the whole design. I was so sad, because I thought it was one of the very best designs in my whole book proposal.

After taking a little (two month) break from the project, I decided to give it another try. I refigured the math for the sleeve cap and got to work re-knitting the top portion of the sweater. Version 2 was everything I hoped it would be! An all around perfect fit.

Thankfully, most of the color-work in the lower portion of the sweater could be salvaged, but I would have to graft it by hand to the new top–not an easy task! And lucky you, I documented the whole thing, for your future blog reading delight.

The graft became 100% invisible after I blocked the sweater. Since the new shoulder section was shorter by a couple of inches, I was able to add a little more of that lovely Fair Isle pattern to the bottom, which made me really happy. 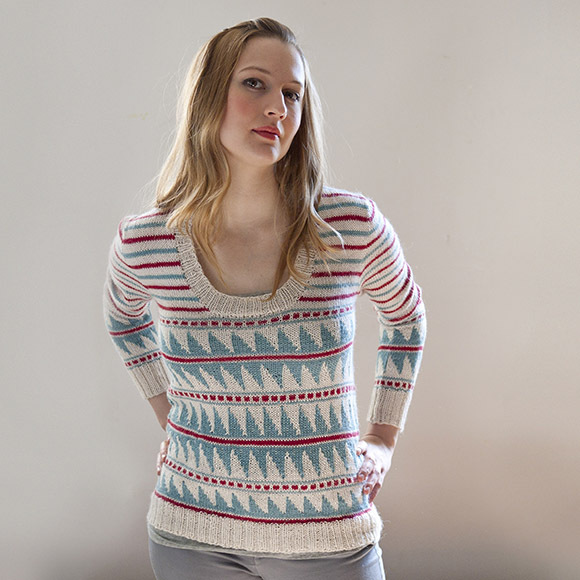 I think I look a little triumphant in that picture. What do you think?!

Of course making the decision to rip out weeks of work is not easy, but I've never regretted it once. It was my expectation that as I became a more experienced designer, that there would be many fewer of these kinds of harrowing experiences, but that is just not the case. In fact, I start over on things much more than I used to. I think I hold myself to an ever-higher standard, because I know that every new design can be a masterpiece. It might not look like a Rembrandt, but completing Rook was one of my proudest moments.

For more information about the design, check out the pattern page here.

popular posts
​Introducing Kuffel
Meet my latest design— Kuffel, a wonderfully cozy, effortless, swingy new pullover sweater pattern with all the knitterly details that a girl could...
Meet the Okeeffe Shawl
When I was a young girl growing up in Oklahoma, my parents loved to take me and my brother on road trips to New Mexico to visit Santa Fe or Taos....
Meet the Cabled Dad Mittens
I had pretty low expectations when I released my Cabled Dad Hat knitting pattern in 2014, but for four years it has remained one of my most popular...
Meet the Hilla Hat
Can an ordinary knitting project possibly be considered conceptual art? Well, maybe—meet the Hilla Hat from Homage: Knit Darling Book 2.Time for...